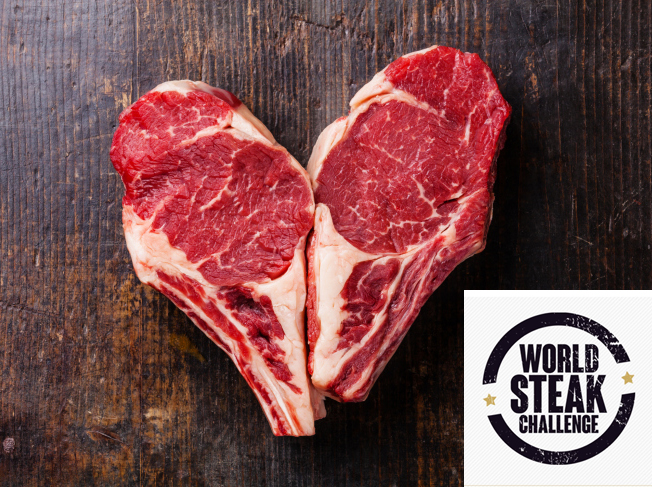 I was honoured to be invited for a second year to judge at the World Steak Challenge 2016. The contest took place at Hyde Park, London on September 22nd. Here is a little video clip on Youtube of what the contest is all about which include a couple of brief clips of me.

This means serious tasting and scoring steaks from around the world for about 6 hours. Discussing the finer points of beef with other judges is always interesting, we always learn something new. Here is a link to my post about last year’s contest to explain how the contest works.

Amazingly, the eventual winner turned out the be the same winner as last year: the Warmoll ranch Jack’s Creek, of Australia with a Wagyu black Angus crossbreed raised for 30 months, grain fed and free from antibiotics. The Warmoll family were amazed at the reaction of becoming World Champions at the inaugural 2015 competition “Winning last year was one of the biggest things that had happened to us. Our brand awareness has just exploded and it’s been great for business. This is as much a win for Australia as it is for us.” 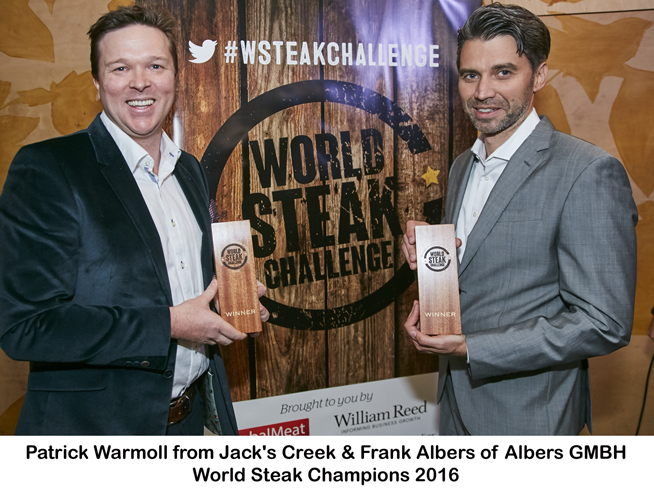 The reaction of the TV channels and media in Australia both last year and this year underlines the growing importance of the World Steak Challenge. This year there wasn’t just coverage after the event, the Warmoll family were interviewed beforehand and asked if they thought they could defend their 2015 title. Having done so, and having been declared producers of the World’s best Steak for the second time, they are keen to try and make it three in a row.

Although Wagyu crossbreeds have won the contest two years in a row, the steaks are all numbered so the judges have no idea what country the steak is from. Each steak is marked on its raw appearance (smell, attractiveness, fat trim, colour) and when we taste the cooked steak we are marking for (smell, taste, succulence, tenderness,appearance). Sometimes a steak would be let down if it was poorly trimmed,others were tender but dry, others were succulent but had little flavour. So for Jack’s Creek to win two years in a row is a credit to their determination and their high standards.